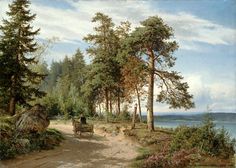 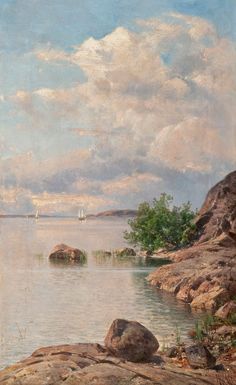 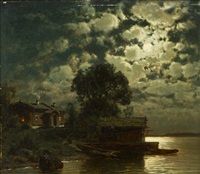 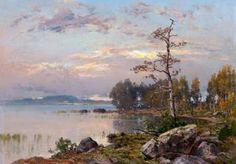 This is a subreddit about art. We do not support the reddit redesign. It is horrible and the admins have ignored our feedback. Please do not use...

Magnus Hjalmar Munsterhjelm (19 October 1840, Tuulos - 2 April 1905, Helsinki) was a Swedish-Finnish landscape painter. He studied in Düsseldorf and Karlsruhe under Hans Gude in the early 1860s. He painted landscapes "influenced by the romantic notions of the Düsseldorf school, while also evincing new, more realistic impulses". His landscape "October Evening in the Archipelago after First Snow, 1883" was purchased by Alexander III in 1885; the painting is now in the Ateneum Art Museum. 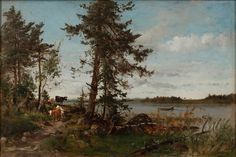 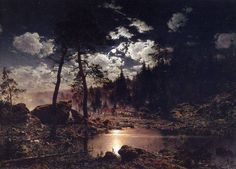 First Snow in the Archipelago by Magnus HjalmarMunsterhjelm 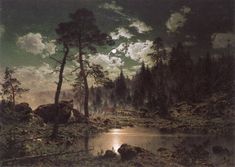