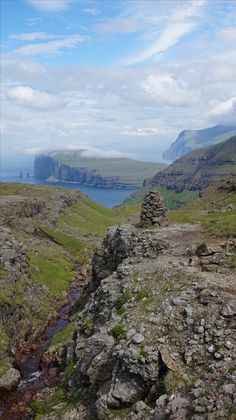 The Faroe Islands are ideal for hikes and long walks. By foot you can explore this nature the best way. The paths are quite easy to hike and you are never alone, sheeps are always accompanied with you. #Faroeislands 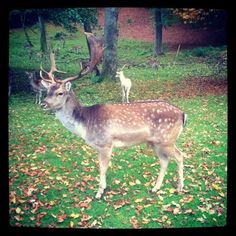 A very nice place to spend a day is only a few kilometers from Aarhus city center. The park of deers. We have a sac full of carrots with us but deers were already full. In the park where were also wild boars. Luckily behind two fences. A route from the park to centre was beautiful and we saw nice looking houses alongside the sea.

"Your rainbow panorama" is Olafur Eliassons great works of art in Aarhus. You can walk the lenght of the circular walkway and explore the surroundings. It was funny how diffent feeling you get from different colors. It feeled warm and cold - night and day. 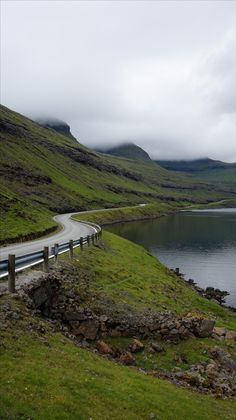 The Faroe Islands are an archipelago between the Norwegian Sea and the North Atlantic Ocean, approximately halfway between Norway and Iceland, 320 kilometres north-northwest of mainland Scotland. The area is approximately 1,400 square kilometres with a population of 48,700. The islands are an autonomous country within the Kingdom of Denmark. #faroeislands 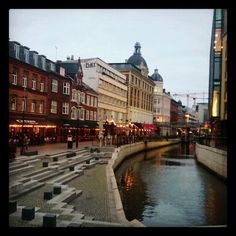 Aarhus is the second-largest city in Denmark and located on the Jutland peninsula. It take three hours from Copenhagen to Aarhus by train. 315,000 people live in Aarhus and 1.2 million people live in the greater Aarhus area. There is a lot of old houses both apartment buildings and detached houses. Almost all of them was builded of bricks. A facade was red bricks and a inner court yellow ones. The reason was rational - yellow brics are cheaper. 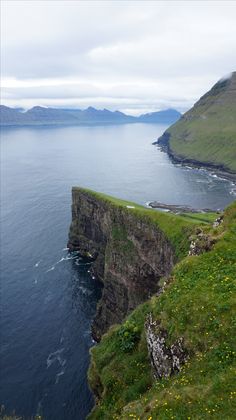 The Faroe Islands are very nice place - calm and beautiful. The land is rugged and has a subpolar oceanic climate: windy, wet, cloudy and cool. Despite its northerly latitude, temperatures average above freezing throughout the year due to the Gulf Stream. #faroeislands

Maybe the most idyllic place in Faroe Island is Saksun. Saksun is a very small village. Saksun lies in the bottom of what used to be an inlet of the sea, surrounded by high mountains. The inlet formed a good deep natural harbour, until a storm blocked it with sand. The old harbour become an unaccessible seawater lagoon, only accessible by small boats on high tide. #faroeislands 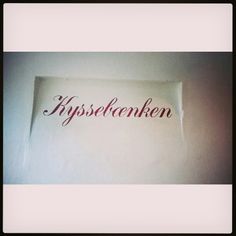 The cutest thing in the Round Tower was a little bench - Kyssebenken. We have to say that it was a good place to kiss. Almost on the top of Copenhagen. 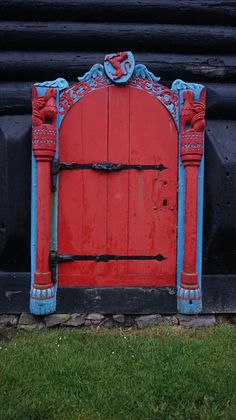 The door from the Viking Ages. Kirkjubøur is the southernmost village on Streymoy, Faroe Islands and the country's most important historical site with the ruins of the Magnus Cathedral from around 1300, the Saint Olav's Church from 12th century and the old farmhouse Kirkjubøargarður from 11th century. #faroeislands 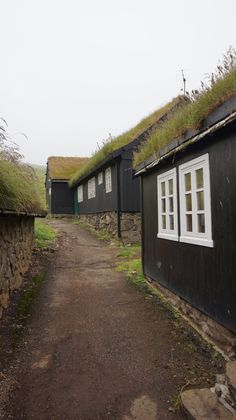 We tooked a day trip to Mykines because we wanted to see puffins. And the trip was a success. We saw thousands of puffins. All puffin species have predominantly black or black and white plumage, a stocky build, and large beaks. Their short wings are adapted for swimming with a flying technique under water. In the air, they beat their wings rapidly (up to 400 times per minute) in swift flight, often flying low over the ocean's surface. #faroeislands