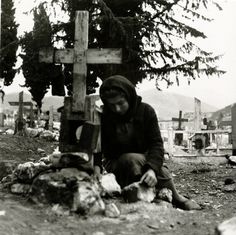 The Distomo massacre was a Nazi war crime perpetrated by members of the Waffen-SS in the village of Distomo, Greece, during the Axis occupation of Greece during World War II.

The Chindits were a British India 'Special Force'" that served in Burma and India in 1943 and 1944 during the Burma Campaign in World War II. They were formed to put into effect Orde Wingate's newly developed guerrilla warfare tactic of long-range penetration. 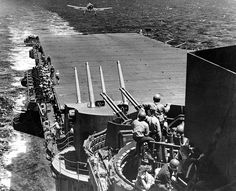 The Battle of the Philippine Sea (June 19–20, 1944) was a decisive naval battle of World War II which eliminated the Imperial Japanese Navy's ability to conduct large-scale carrier actions. It took place during the United States' amphibious invasion of the Mariana Islands during the Pacific War. 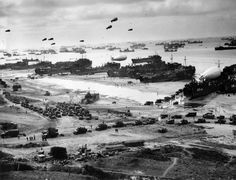 Operation Overlord was the code name for the Battle of Normandy, the Allied operation that launched the successful invasion of German-occupied western Europe during World War II. 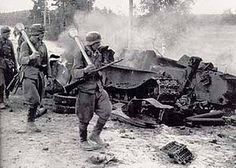 The Battle of Tali-Ihantala (June 25 to July 9, 1944) was part of the Finnish-Soviet Continuation War (1941–1944), which occurred during World War II. The battle was fought between Finnish forces—using war materiel provided by Germany—and Soviet forces. To date, it is the largest battle in the history of the Nordic countries. 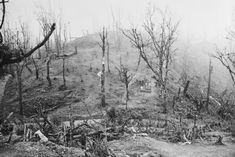 The Battle of Kohima, Nagaland, was the turning point of the Japanese U Go offensive into India in 1944 in the Second World War. The battle was fought in three stages from 4 April to 22 June 1944 around the town of Kohima in north-east India. It is often referred to as the "Stalingrad of the East". 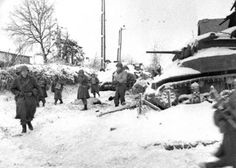 The Battle of the Bulge (16 December 1944 – 25 January 1945) was a major German offensive campaign launched through the densely forested Ardennes region of Wallonia in Belgium, France, and Luxembourg on the Western Front toward the end of World War II in Europe. 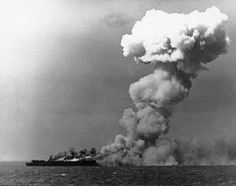 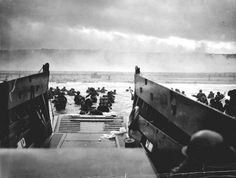 The best known D-Day is June 6, 1944—the day of the Normandy landings—initiating the Western Allied effort to liberate mainland Europe from Nazi occupation during World War II. However, many other invasions and operations had a designated D-Day, both before and after that operation.

The Battle of Monte Cassino (also known as the Battle for Rome and the Battle for Cassino) was a costly series of four assaults by the Allies against the Winter Line in Italy held by Axis forces during the Italian Campaign of World War II. The intention was a breakthrough to Rome.