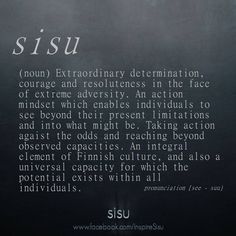 That's right...and my family has lots of Sisu!

Trust on Finns to have their own Finnish word for everything. 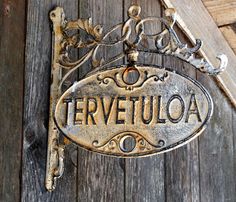 A welcome sign. (Tervetuloa is the Finnish for Welcome). Attached to the wall of the earth cellar in the garden of my old house in Elimäki, Finland. 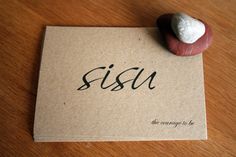 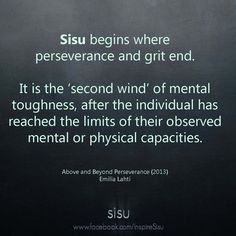 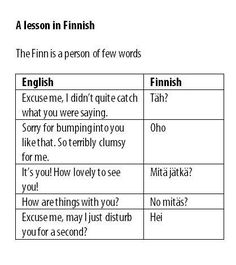 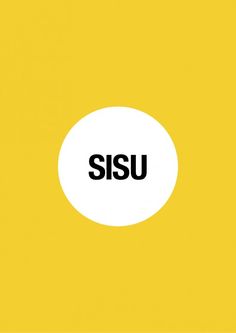 sisu (finlandés) a sort of inner fire, a quiet force that keeps you fighting after most people would have quit 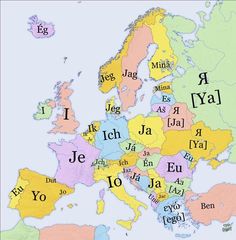 Map: How to say “I” in various European languages. In Finnish ´minä`!! 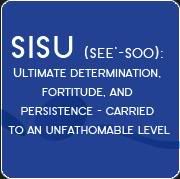 "Sisu is a Finnish term loosely translated into English as strength of will, determination, perseverance, and acting rationally in the face of adversity. However, the word is widely considered to lack a proper translation into any language. Sisu is defined by a long-term element in it; it is not momentary courage, but the ability to sustain an action against the odds. Deciding on a course of action and then sticking to that decision against repeated failures is sisu"