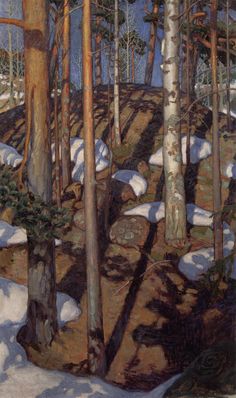 Akseli Gallen-Kallela via the Athenaeum - Spring at Kalela 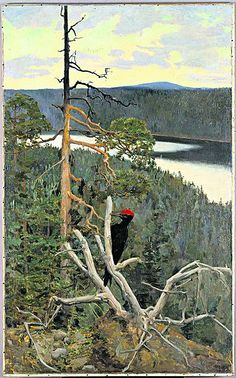 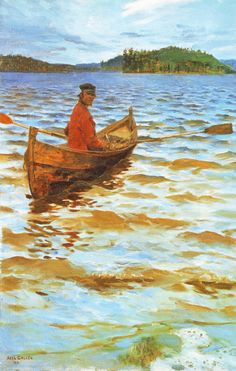 Rowing to the Shore (Akseli Gallen-Kallela - ) 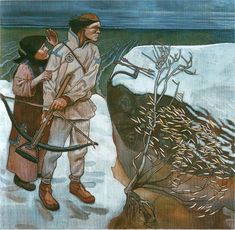 Joukahainen is a character in the Kalevala, the Finnish epic poem of fifty parts. He is the rival of the main character, Väinämöinen. After losing a singing contest, he pledges his sister Aino to Väinämöinen, but she drowns herself rather than marry him. Joukahainen, still envious of Väinämöinen, then shoots the stag of his rival from under him, plunging him into the waters of Pohjola. 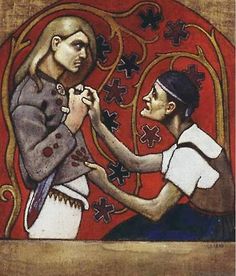 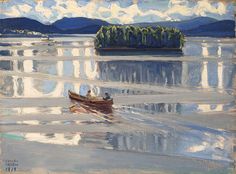