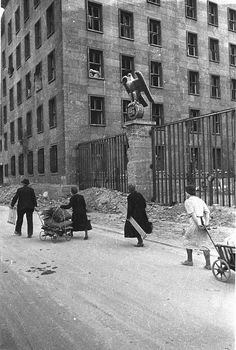 Citizens pass by the ruins of the Reichsluftfahrtministerium (the Ministry of Aviation) in Berlin, 1945 [800x1189]

Post with 896 views. Citizens pass by the ruins of the Reichsluftfahrtministerium (the Ministry of Aviation) in Berlin, 1945 [800x1189] 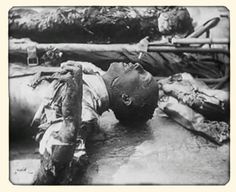 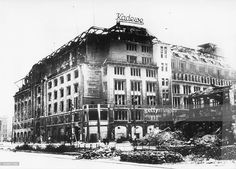 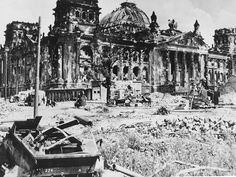 The wrecked Reichstag building in Berlin, Germany, with a destroyed German military vehicle in the foreground, at the end of World War II. 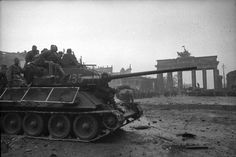 Soviet soldiers in the armor of the T-34-85 on the background of the Brandenburg Gate in Berlin. Armor of the tank being protected mesh screens that protect against hits from “Panzerfaust”. Location: Berlin, Germany Date: May 1945 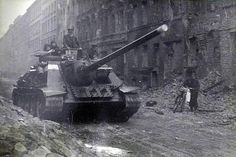 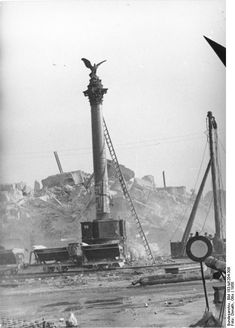 The Berlin City Palace or Berlin Palace (Berliner Stadtschloss aka Berliner Schloss in German) is (partly) getting reconstructed. It's scheduled to be... 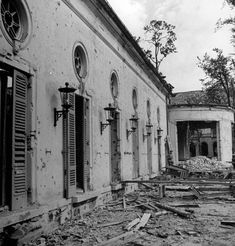 The inner garden of the Reich Chancellery with the walls carrying the marks of the fierce fighting that surrounded this most significant target in the German capital, May 1945. 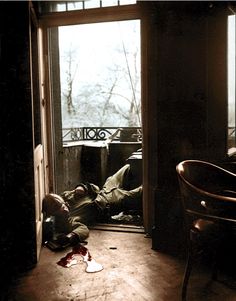 American soldier killed by German snipers on the balcony of a house in Leipzig on April 18, 1945. Photo by Robert Capa 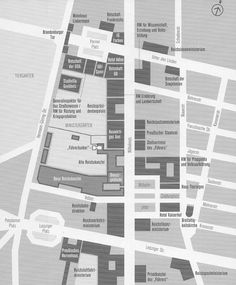 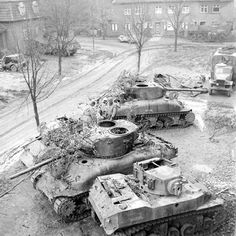 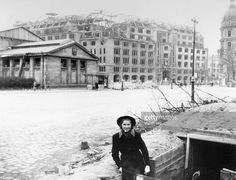 Ruins of the KaDeWe department store at Wittenbergplatz. 1944 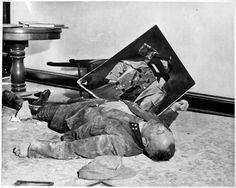 The body of German militia leader Walter Doenicke, who took his life shortly before allied troops entered Germany, next to a torn portrait of Hitler, April 1945 [[MORE]] More on the mass-suicides of... 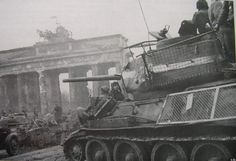 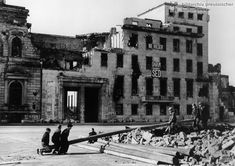 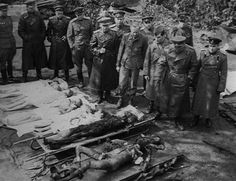 The Goebbels children were found by Soviet soldiers in the Fuhrerbunker in Berlin. Each child was poisoned by being made to bite into a cyanide capsule. Their parents, Josef and Magda Goebbels, then committed suicide in the courtyard of the bunker, where their bodies were burnt by loyal aides. The mother left a note behind basically saying she could not imagine bringing her children up in a world without Hitler and Nazi control.