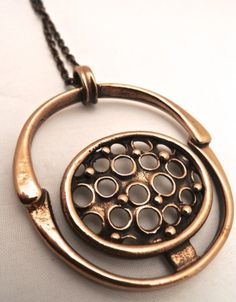 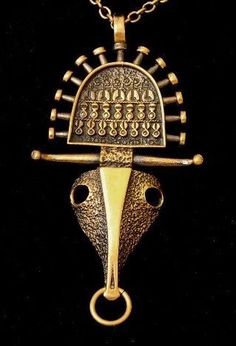 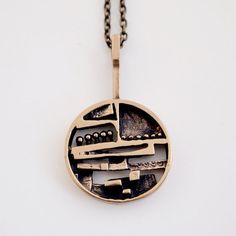 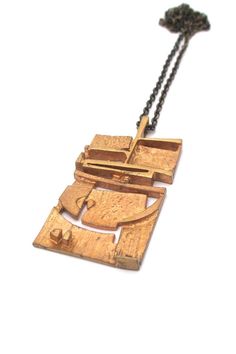 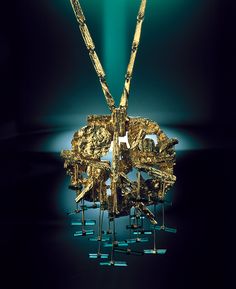 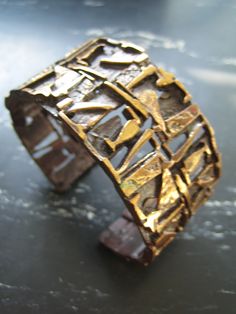 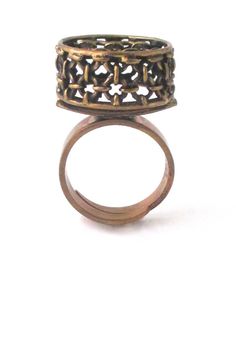 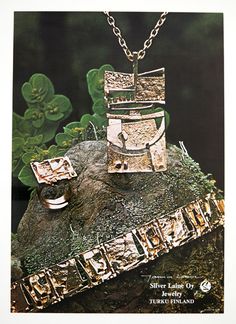 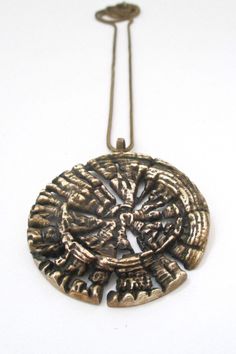 by: Pentti Sarpaneva, Finland material: bronze size: 2 1/4", chain 22" We currently also have the matching ring available in the large version. 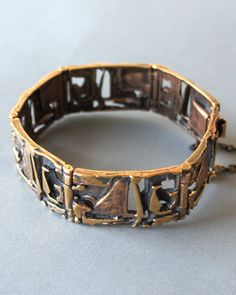 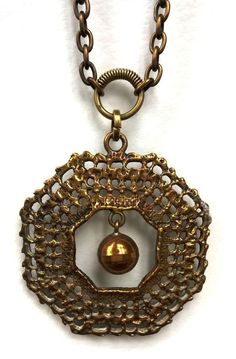 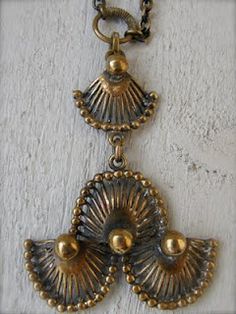 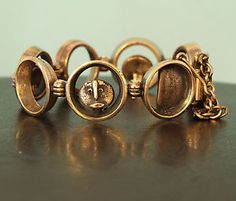 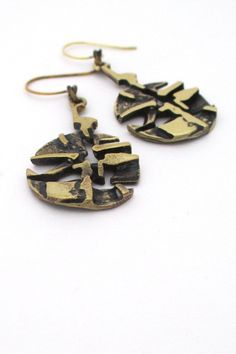 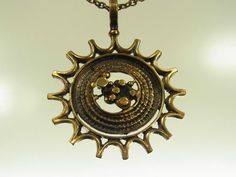 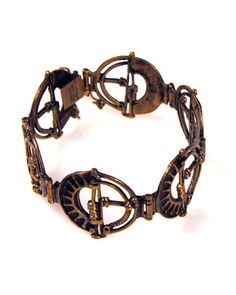 Jorma Laine, 1960's Finnish designer Jorma Laine is best known for his pieces produced at the Turun Hopea studio during the 1960’s and 1970’s. Using imagery from Viking Lore, he created jewelry shapes reflecting the current mid-century fashion. As one of the most prominent Finnish designers to work in bronze, he chose it for the warmth of color and the idealism of making design affordable to the public. Bronze, excellent unworn condition, Jorma Laine and Finland hallmarks.