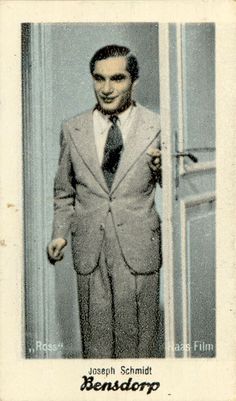 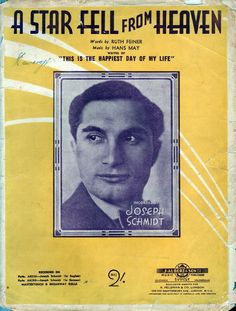 A Star Fell From Heaven. 1934. Words by Ruth Feiner, Music by Hans May. Featured here, and recorded on Parlophone, by Joseph Schmidt, ( 1904–1942) an Austro-Hungarian and Romanian Jewish tenor and actor. He was born in Davideny village in the province of Austria-Hungary, now part of Ukraine. He made many records, first for Ultraphone, then for Odeon/Parlophone, and was featured in many radio broadcasts and acted in several movies in both German and English. 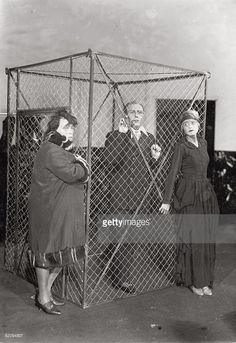 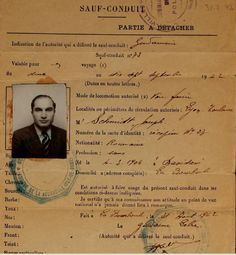 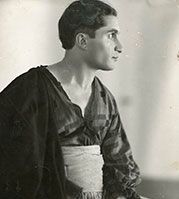 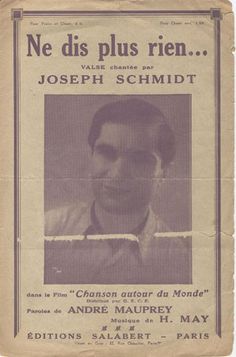 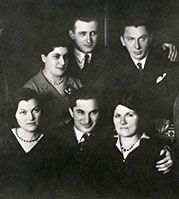 With his mother, brother Schlomo, sisters Betty and Regina, and family friends. 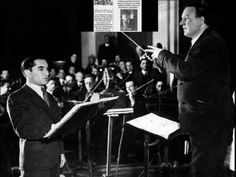 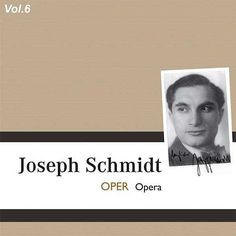